On 18 August 2015, Jonathan Gaurano uploaded a video montage to YouTube in which he drives for the Uber car-sharing service whilst singing along with customers to The Weeknd’s Can’t Feel My Face. Uber shared the video through its own social media channels the following day, attracting over 847,000 YouTube views after 24 days online. Although Gaurano’s video was not produced or paid for by Uber, it endorsed it in order to push both its own brand and his, making it an example of self-commodification for capitalist gain.

If you can’t see the video due to GEMA, the screen grabs shown in this article sum it up.

Alison Hearn claims that self-branding is an essential component of capitalism, and its elevated importance has grown with the rise of ubiquitous, instantaneous communication (p. 199). Admixing media production and industrial production, Hearn believes that self-branding is enabled by ‘flexible accumulation’ – work environments that favour “permanent innovation, mobility and change, subcontracting, and just-in-time, decentralized production” (citing Harvey, p. 202) – all characteristics which Uber prides itself on exemplifying.

Taking this position, Uber embraced the willingness of one of its drivers to create a video on its behalf, outsourcing promotion at no cost to itself. The karaoke-style video montage features over 20 car-sharing rides and more than 50 passengers who agreed to be filmed, essentially paying a taxi fare for the opportunity to surrender their image for corporate promotion. Hearn believes that by using ‘regular’ and unpaid people, companies “blur the distinction between product and consumer … branding them, and selling them back to themselves” (p. 209). 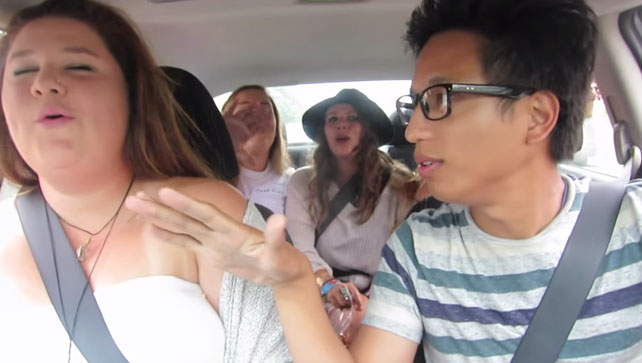 Screenshot from ‘The Weeknd – Can’t Feel My Face (Uber Edition)’

The production of the video is calculated and positioned to be favourably exploited. When interviewing Gaurano for its blog, Uber asked if he was surprised about the video’s success;
Gaurano credited the video’s views to Uber’s brand recognition, the song’s popularity, and its “feel-good” vibe – all making the video highly shareable. Gaurano’s own website showcases impressive Facebook statistics (350.4K ‘Likes’, 41K comments, 68.3K shares), tips on how to create viral content, and offering his services as a media consultant. Gaurano is an Uber driver who is highly knowledgeable about social media and speculated that the video would crest on Uber’s brand.

Gaurano’s overstated loyalty to Uber as his employer and as a brand is as equally constructed. When asked why he works as an Uber driver, Gaurano replies that alongside monetary gain, “it also allows me to make people happy. It’s just magic” (Haydu, 2015). Hearn believes that a “persona produced for public consumption reflects a self which continually produces itself for competitive circulation” (p. 200). Gaurano appears to genuinely enjoy his part-time work but the interview was designed to gratify his employer, ensuring further publicity. 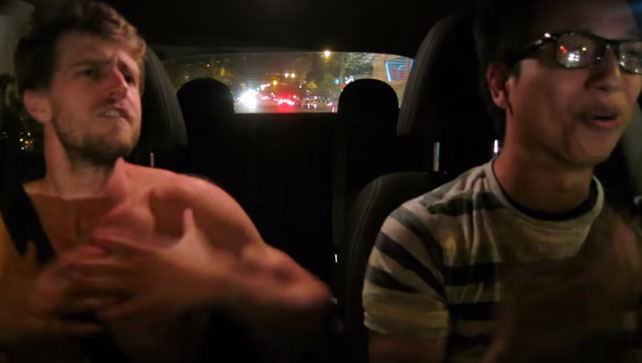 Would you pick up a half-naked man if you were an Uber driver?