Donald Glover: A Star? An Auteur? Or Both? 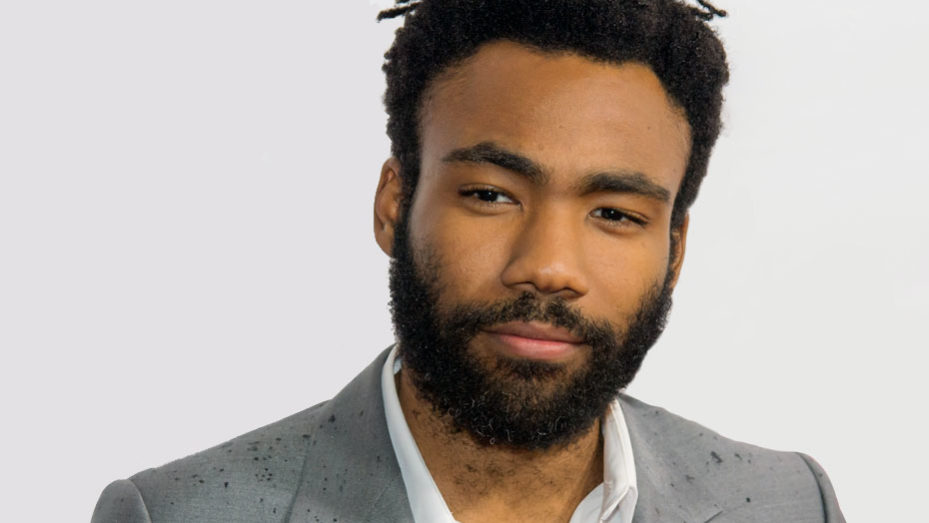 On May 5, 2018, Donald Glover, an American writer, actor and rapper, hosted NBC’s Saturday Night Live. Performing under his rap moniker Childish Gambino, Glover performed This Is America, a track which had been released to YouTube shortly before the show. Glover’s on-air performance coupled with the music video’s artful but shocking choreography amassed 85.3 million views in its first week, making it the platform’s most performant debut-week video for the year to date (Aniftos, 2018). Late June 2018, social media communities discovered similarities between the track and Jase Harley’s American Pharaoh and debated if Glover had plagiarized from the lesser-known artist. The social phenomenon of stardom and the ideological construct of auteurship have long been applied to film and more recently applied to popular music. When his extensive creative works in television and music are evaluated, he is both a star and an auteur, and despite the controversy, it was Glover’s creative vision and aesthetics that were responsible for the production’s success.

Stardom in popular culture is a symbolic status attained by an individual or group that recognizes their performance abilities, talent and market value. Explaining the phenomenon, Shuker (2016) states that stardom “is as much about illusion and appeal to the fantasies of the audiences as it is about talent and creativity” and that a star’s commodification is the result of a larger, social process resulting in all texts being social products (p.61). To Marshall (2013), the term star indicates that a person has gained fame for their achievements in a particular field and that their cultural meaning has stabilized, emphasizing that as a commodity, a star’s market value will fluctuate as their cultural meaning is never fixed. Separating the concepts of ‘star’ and ‘celebrity’, Marshall suggests that celebrity fame centres around personality and not productivity, with media attention focused on “who they are” as opposed to their output. For this reason, we use the terms film stars and pop stars rather than film celebrities and pop celebrities (p. 580). Furthermore, Marshall believes that stardom in music centres around the concepts of authenticity and self-expression, which is not the case in film, thus there being a stronger emphasis on the personality of a pop star than a film star (p. 580).

Since the 1960s, the concept of auteurship has been applied to popular music, elevating select texts and their authors from the domain of mass culture and into high culture (Shuker, 2016, p.60). Historically, the designation auteur was ascribed to individuals who had contributed to high culture by producing critically important literature. As writing was perceived as a lone endeavour, the term incorporates the idea that an author is a single, creative source (Shuker, 2016 p.59). Post World War II, French film critic and director Alexandre Astruc (1923–2016) defined the term caméra-stylo (“camera-pen”), comparing a director’s camera to an author’s pen and equating film to high culture. Astruc proclaimed that a director’s control of sound and visuals in a production is more important than the script, establishing the director as a film’s true author. French film critic André Bazin (1918-1958) circulated Astruc’s ideas in Cahiers du cinéma, a journal which became the foundation for la politique des auteurs (“the policy of authors”), a publication that rejected mainstream cinema and served as a creative manifesto for French New Wave filmmakers (Encyclopaedia Britannica, 2017). Around this time, American film critic Andrew Sarris (1928–2012) utilized the concept auteur theory to summarise New Wave thinking and that ideology that the director is a film’s “vital creative force” (Encyclopaedia Britannica, 2018). More Recently, Hefner (2014) utilized the term total auteur to describe an individual who fulfils multiple roles in a film production, such as writing, acting and directing to exert aesthetic control, “streamlining the creative energy into a single individual” (p.5). When the concept is applied to popular music, Shuker states that “auteurs enjoy respect for their professional performance, especially their ability to transcend the traditional aesthetic forms in which they work” and that the category is reserved for outstanding creative talents or artists that seek to challenge audiences (2016, p.59-60).

Born in California, Donald Glover (1983) is a creative polymath with a history of entertaining and challenging audiences. Graduating from the New York University Tisch School of the Arts with a degree in Dramatic Writing in 2006, Glover spent the first three years after his graduation as a scriptwriter on NBC’s sitcom 30 Rock where his work on the third season earned him the Writers Guild of America Award for Best Comedy Series. From 2008–2014, Glover acted in NBC’s sitcom Community, participating in five of its six seasons and departing to work on independent projects. Fulfilling this goal, Glover collaborated with his younger brother Stephen Glover and Japanese-American filmmaker Hiro Murai to create the television comedy-drama Atlanta, a show about two cousins seeking stardom in the Atlanta rap scene, in which Donald Glover acted, wrote, occasionally directed and was the executive producer (IMDB, 2018). Airing in 2016, season one of Atlanta received two Golden Globes with Glover awarded ‘Best Actor in a Television Series – Musical or Comedy’ and the show earning ‘Best Television Series – Musical or Comedy’ (Television Academy, 2018). In addition to his television accomplishments, Glover has acted in Hollywood films, starring in The Lazarus Effect, Magic Mike XXL and The Martian in 2015, Spider-Man: Homecoming in 2017, and Solo: A Star Wars Story in 2018.

Alongside his film and television achievements, Glover has received extensive music industry accolades under his production name Childish Gambino. While working on Community, Glover met Swedish film composer Ludwig Göransson with whom he collaborated with to release his first studio album Camp (2011) on Glassnote. Pitchfork scored the rap album a poor 1.6 out of 10, claiming it was “preposterously self-obsessed, but not the least bit self-aware” (Cohen, 2011). More favourably, Rolling Stone and The Guardian awarded it three out of five stars, with the latter acknowledging that “the rise of Childish Gambino has provoked scorn from many quarters – those who believe actors must keep to their enclosure, those who believe Glover is not “ghetto” enough to rap” (Herrera, 2011, & Empire, 2011). Despite a lack of appreciation from professional critics, singles from the album enjoyed commercial success: the Recording Industry Association of America (RIAA) awarded the single Bonfire ‘Gold’ status (500,000 units) and Heartbeat ‘Platinum’ status (1 million units), with Music Canada (MC) additionally awarding Heartbeat ‘Gold’ status (40,000 units).

Glover’s second studio rap album Because the Internet (2013) was released on Glassnote and Universal in North America and on Glassnote and Island Records internationally, again co-written and produced with Göransson. Vice reported that to appreciate the album, listeners needed to look past their preconceived ideas about Glover as an actor-turned-musician, stating that Glover is “arguably one of the most automatically hated rappers currently in the game” and that the album is “a good f******g record” (Sundermann, 2013). Spin was less enthusiastic in their review, stating “the only reaction that Because the Internet elicits is the uncontrollable urge to skip to the next song, in hopes that things couldn’t possibly get any sloppier” (Mlynar, 2013). Unsurprisingly, it was Rolling Stone who predicted the album’s commercial success, awarding it 3.5 out of 5 stars (Trammell, 2014). The single 3005 was awarded ‘Platinum’ by RIAA (1 million units), ‘Platinum’ (70,000 units) by the Australian Recording Industry Association (ARIA) and ‘Gold’ (400,000 units) by the British Phonographic Industry (BPI), while Sweatpants reached RIAA ‘Gold’ status (500,000 units) and Sober ARIA ‘Gold’ status (35,000 units).

Glover’s most controversial work, This is America, was another joint production with Göransson and released as a single on RCA records. Utilizing Atlanta talent anew, Murai was invited to direct the music video to communicate the themes of gun control, mass shootings and racial oppression. African dancer and activist Sherrie Silver choreographed the video, incorporating a ten traditional dances representative of the African diaspora (Hervey, 2018). The video begins with Glover’s soulful dancing before he shoots a man clocked in an execution hood in the back of the head with a handgun. Continuing to dance, Glover rejoices with a gospel choir before assassinating them with a machine gun. A staff writer from The Atlantic stated that the video was “the most talked-about music video of recent memory” (Kornhaber, 2018) while critics from Billboard ranked it the 10th out of the “Top 100 Greatest Music Videos of the 21st Century” (Billboard, 2018). To date, the video has amassed over 370 million views on YouTube.

When social media communities challenged the originality of This is America, plagiarism accusations quickly circulated, casting doubt over Glover’s creative authenticity. Consequence of Sound presented the case for plagiarism in a YouTube video, illustrating how the two rap tracks share similar beats, melody, structure and lyrical themes, which was then re-circulated by other media outlets (Kaye, 2018). While Glover made no statement, his manager denied the allegations, stating that Glover’s track was three years in the making, aligning its inception slightly before the 2016 release date of American Pharaoh (Aoife, 2018). Addressing the accusations, Harley dismissed the copycat claims, stating “I feel extremely humbled to be recognized and labelled as one or the original inspirations for one of the most important pieces of music and visual art of our time”, asking audiences to instead focus on the tracks’ shared message of racial oppression (Harley, 2018). Harley’s elegant media statement demonstrates industry savvy and appreciation of the increased media exposure.

Referencing Marshall’s and Shuker’s definitions of stardom, Glover’s contributions to the entertainment industry certainly designate him star status, but is he also an auteur? As Glover’s creative output mainly spans television and music, the extent to which Glover can be considered an auteur must align with the definitions of auteurship that have been critically assigned to these disciplines. Comparing the act of television making to that of film making, if we apply Astruc’s approach, Glover’s control of aesthetics in Atlanta establishes Glover as the author, even before his script writing contributions are considered. Similarly, applying Hefner’s approach, the creative control that Glover exercises by fulfilling multiple production roles establishes him as a total auteur. To illustrate Glover’s auteurship in popular music, we can reference Shuker’s definition: Glover is respected for his professional performances, as validated by receiving a Grammy Award for ‘Best Traditional R&B Performance’, while his transcendence of traditional music industry aesthetics is evident in This is America, with Glover exercising his creative vision for the production’s sound and visuals in order to challenge audiences with the themes of gun violence and racial oppression in America. To utilize Sarris’ terminology, Glover is a “vital creative force” in the industry.

Auteur status is only attained after considerable creative and aesthetic achievement and therefore we must examine Glover’s entire portfolio of work when considering the extent of his auteurship. The Plagiarism claims certainly tarnished his credibility and will forever cast a shadow over the This is America release, but this should not detract from Glover’s overall aesthetic vision for the music and video production, and the powerful commentary about race and violence that he delivered. Ultimately, Glover is a multi-discipline auteur whose mastery of aesthetics across television and music continues to be validated by industry accolades, sales, and the overall media attention that he receives. Furthermore, Glover’s ability to challenge audiences with socially important messages ensures his texts are impactful, distinguishing them from the bulk of entertainment-focused texts that popular culture offers today.

Aniftos, R. (2018, May 14). Childish Gambino’s ‘This is America’ is YouTube’s biggest first week debut this year. Billboard. Retrieved from: https://www.billboard.com/articles/news/8456014/childish-gambino-this-is-america-youtube-statistics

Hervey, J. C. (2018, May 18). 5 things you should know about Sherrie Silver, the choreographer behind ‘This Is America’. Forbes. Retrieved from: https://www.forbes.com/sites/janeclairehervey/2018/05/18/5-things-you-should-know-about-sherrie-silver-the-choreographer-behind-this-is-america/#5d092f4c17bd

Kaye, B. (2018, June 25). Childish Gambino’s “This is America” draws accusations of plagiarism. Consequence of Sound. Retrieved from: https://consequenceofsound.net/2018/06/childish-gambino-this-is-america-plagiarism/

Kornhaber, S. (2018, May 7). Donald Glover is watching you watch him. The Atlantic. Retrieved from: https://www.theatlantic.com/entertainment/archive/2018/05/donald-glover-this-is-america-childish-gambino/559805/

Sundermann, E. (2013, December 10). You don’t like Childish Gambino’s ‘Because the Internet’ because of the internet [Album Review]. ‘Noisey’ by Vice. Retrieved from: https://noisey.vice.com/en_au/article/rpx3nr/childish-gambinos-because-the-internet-review-donald-glover