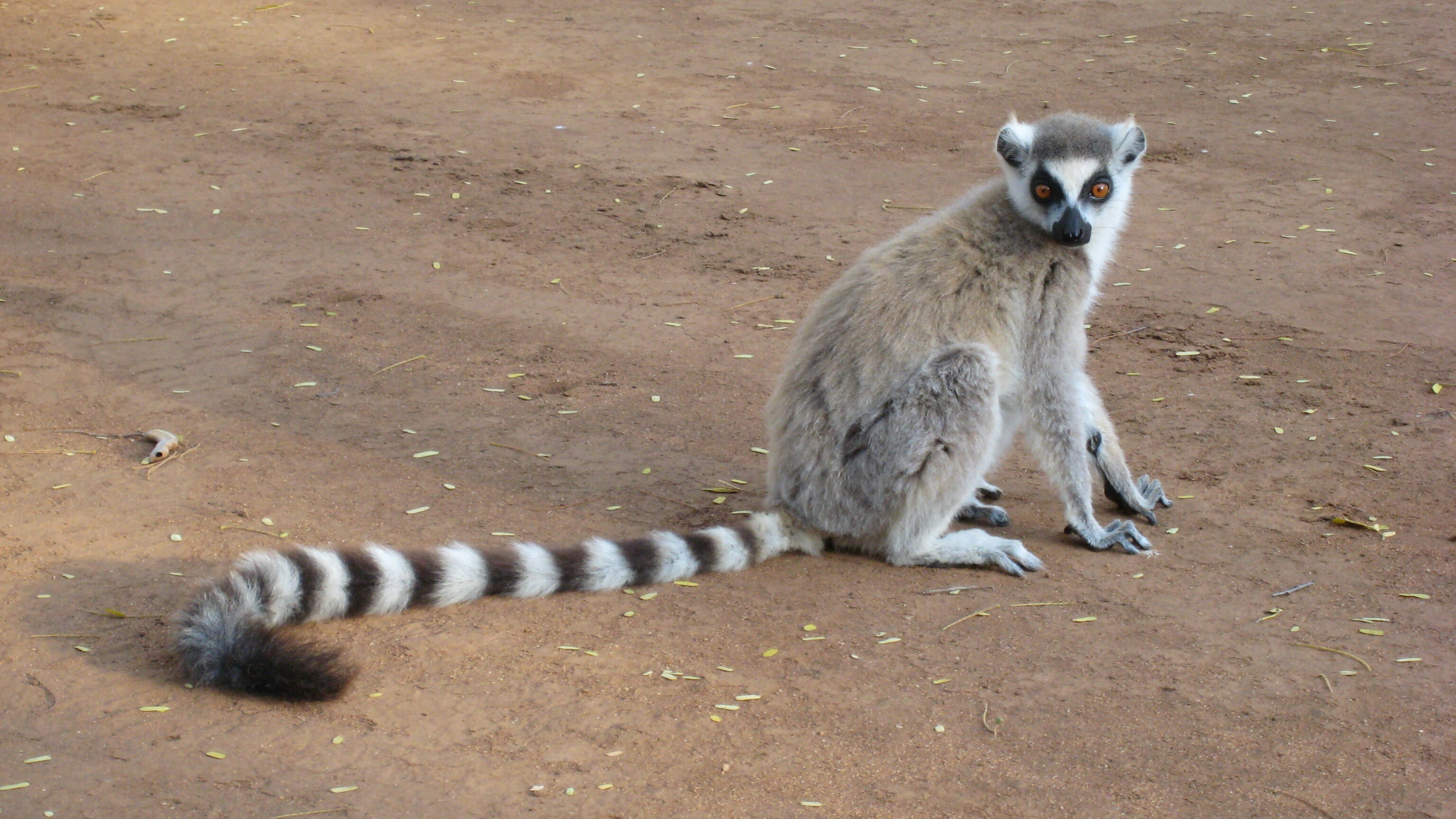 In his book The Long Tail (2006), Chris Andersen outlines a theory based on a common data visualisation pattern where the first instances of an event create a ‘head’ and ensuing occurrences create a ‘long tail’ as they occur at a reduced frequency. Utilizing the term Long Tail nine times in the chapter ‘Niche Culture’, Andersen seeks to illustrate the fragmentation of mass media by using House Music as an example of music transitioning from popular music into ‘hyperspecialised genres’. In this analysis, I critique Andersen’s simplification of the history of House Music, his theory that music labels exist purely to catalogue music, his belief that dance music labels are more important than the producer or the track itself, as well as explore the current landscape where producers appear on multiple labels to provide accreditation for other artist’s releases.

On his personal website, longtail.com, Andersen describes his Long Tail philosophy as the following:

The theory of the Long Tail is that our culture and economy is increasingly shifting away from a focus on a relatively small number of “hits” (mainstream products and markets) at the head of the demand curve and toward a huge number of niches in the tail. As the costs of production and distribution fall, especially online, there is now less need to lump products and consumers into one-size-fits-all containers. In an era without the constraints of physical shelf space and other bottlenecks of distribution, narrowly-targeted goods and services can be as economically attractive as mainstream fare.

Here Andersen aims to put a positive spin on the uncertain economic effects of consumers moving away from brick-and-mortar retail outlets by suggesting that the internet’s accelerated fragmentation of media will in turn create more choice and therefore more demand and more niche areas for producers to capitalise on.

To illustrate the effects of the Long Tail in music, Andersen discusses the rise of House Music in the early 1980s, focusing on the innovation of its pioneers as opposed to social context. Starting with Chicago DJ Frankie Knuckles who combined old disco classics with ‘new Eurobeat pop’, drum machines and synthesizers, the House Music subculture rapidly spread to Europe, forming the UK ‘rave scene’ and multiple subgenres across the continent. Andersen neatly puts this fracturing of popular music down to US consumers being tired of the R&B and Disco sounds of the time, ignoring the social setting which fostered House Music’s popularity. ‘The Warehouse’ club where Frankie Knuckles was a resident (and to what the genre House Music owes its name) was originally a club favoured by gay, black men – a minority that was actively excluded and marginalised by politicians on multiple fronts. From 1981-1989, US President Ronald Reagan framed federal social welfare programs as “mostly wasted on undeserving black people”, stated that gay people led an alternative lifestyle which he and society could not accept and refused to acknowledge the AIDS epidemic until 1985, by which time had killed 20,849 people with a further 36,058 diagnosed. During the same period, the emergence of two ‘rave’ drugs, crack cocaine and ecstasy, further fuelled a music-loving scene where audiences of racial and sexual minorities sought to be sheltered and accepted. Andersen ignores this climate to keep his Long Tail theory a discussion about consumer demands.

Andersen goes on to explain the difficulty that consumers have once fragmentation occurs. When House Music ruptured into “hyperspecialised genres such as Deep House, Funky House and Dub House”, Andersen believes that this created “a consumption landscape of bewildering complexity”. Andersen’s concern however was for the DJs as consumers, not their audiences: when DJs needed to source music for their performances, there was now simply too much choice. As a solution, Andersen states that independent music labels acted as ‘tags’ to categorise dance music, “providing a clue about what hyperspecialised microgenre of track is likely to be”. This however ignores the creativity and passion of the subculture in favour of promoting a utilitarian theory on why and how music labels operate. Why does Andersen propose that DJs need a cataloging system to pre-package tracks for them when, by nature, DJs are music-obsessed and driven to discover for music that they themselves curate? Does that not reduce a DJs task to something like a jukebox? This position ties into his Long Tail theory where Frankie Knuckles would be positioned at the ‘head’ of the dance music fragmentation graph when he first mixed different genres to create a new sound, with all other DJs relegated to the ‘tail’ end of the movement. Once fragmentation has occurred, Andersen’s Long Tail theory dictates that the genre’s creative scope narrows because once it splinters off it becomes more niche and therefore DJs positioned on the Long Tail are ‘hyperspecialised’ in their chosen genre. It seems unlikely that independent dance music labels would agree with Andersen that they provide purely a filtration service for DJs as this reduces their core function to cataloging and neglects the financial risk and marketing efforts that they invest into their brands to sell music. Similarly, it seems unlikely that DJs or their fans would support Andersen’s theory as it diminishes a DJ’s output to ‘hyperspecialised genres’, a term which can be decoded as a euphemism for limited creative scope.

Further struggling with the relationship between DJ and independent label, Andersen attempts to establish a hierarchy between the two. After explaining the necessity for a tagging system, he goes on to state that “for DJs, the important information is the label, not the track” whilst stating one paragraph later that “at a certain point DJ names ceased to matter, since labels provided the most of the valuable information”. This suggests that as consumers, DJs are not interested in the names of their peers and that they are content to hand all artistic merit to the record labels (or not, as the track does not matter anyway). Here a parallel can be drawn with the fashion industry: one could argue that it is not the designer or the garment that is important to the fashion conscious but instead the label. While that may be true for some consumers, it is not true for the majority of consumers as it omits buying factors such as price, quality and availability. If the music labels are the most important entity in the ecosystem, what would happen if they were removed completely? Would the dance music scene collapse or the ‘hyperspecialised microgenres’ die out? Would DJs stop performing as sorting through swathes of dance music without a tagging system became too burdensome? Reflecting on the climate that gave rise to House Music in the first instance, it is unlikely that club-goers would cease clubbing if labels vanished from the system as dance music originally provided a forum for self-expression. In order to create a compact Long Tail theory, Andersen minimised the creative passion of dance music producers and DJs, as well as the devotion of the dance music communities worldwide.

Looking at today’s dance music landscape, it is evident that Andersen’s Long Tail theory is dated in terms of DJ importance and the value of remixed dance tracks. If you take the number one DJ in the Resident Advisor Top 100, Dixon, you will see that his name is attributed to multiple labels – Get Physical Music, Glasgow Underground, Innervisions, Live at Robert Johnson, Objectivity, Rumours, and Sonar Collective. As an established producer and DJ, his name lends credit to each of these labels as much as the other way around. This in turn allows labels to remain current, be associated with other labels of quality and draw attention to newer artist that the label breaks. On the topic of remixes, Andersen claims that when a House record does well it “attracts remixes from other producers”. While this certainly occurs, often when a dance track is distributed, it is shipped with remixes on the same vinyl before the label knows the success of the track. This is done in the hope that the associated name of the DJs/producers will attract further attention. With internet searches and databases in mind, it makes sense for labels to pay well known producers for remixes so that they can give their credibility to a track because when the famed producer’s name is searched for, it is linked to the lesser DJ by means of publication.

To conclude, Andersen’s Long Tail theory is an attempt to explain the splintering of traditional media into subgenres and the potential impact on retailers, producers and consumers. Taking the invention and influence of House Music as an example of media fragmentation, Andersen glosses over many of the complexities that led to the genre’s popularity. By oversimplifying the arrival of House Music as an act of consumer revolt against the popular music genres of the time, Andersen dangerously stripped out House Music’s important social context whilst sidelining House Music’s original fan base as well as the genre’s political positioning. Furthermore, Andersen’s belief that independent music labels exist purely to ‘tag’ music as well as the claim that the labels are more important than the producer or the track itself are reductionist, as evident in current dance music charts that demonstrate that the artist is just as valuable as the label.