Midway through 2014, I was approached by Studio Eyal Burstein to launch and distribute the Bloom Blanket.Having mainly worked with digital products, the opportunity to work with a physical product was exciting. Eyal Burstein is also one of my favourite contemporary designers having created stunning designs such as the T228/89 Pyramid Table. As you can see, there is a shared love of pyramid formations between Bloom and Burstein. 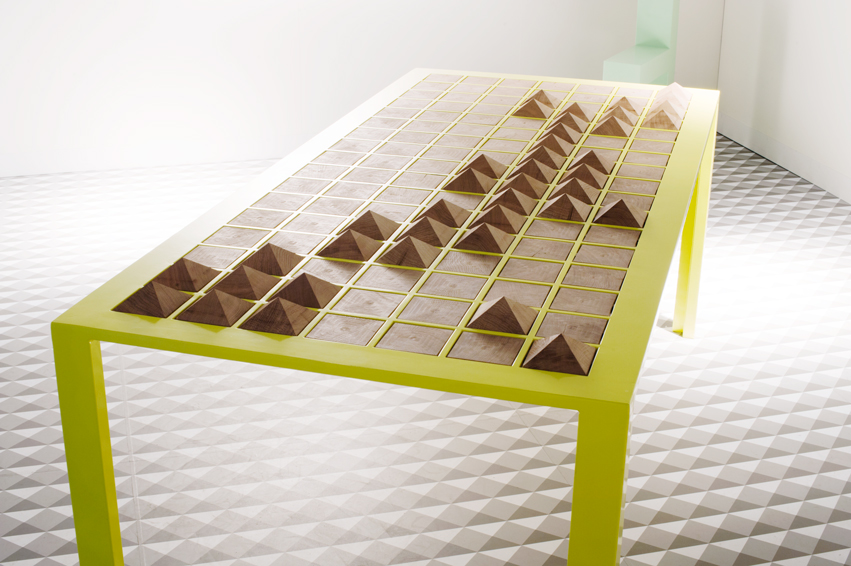 Bloom Blanket is the brainchild of Bianca Cheng Costanzo. An ex Apple designer, Bianca is fascinated by the 3D math patterns and tessellations of Ron Resch (if you haven’t seen it, The Ron Resch Paper and Stick Film is a must watch for design geeks). After hundreds of prototypes experimenting with materials, geometries, and different stitches, Bianca discovered a way to form the blanket so that its 3D pyramids are supported by it’s own weight.

Bianca launched a Kickstarter campaign with the aim of cutting and sewing forty Bloom Blankets by hand. Raising just over $200,000 USD, the Bloom Blanket campaign was a success, going well over her original $14,000 USD target. However, she then needed to produce 1000 units, converting it from a small-scale, craft operation, to a product requiring professional production and branding.

At the point I came on board, Bianca had already flown to Italy and made her first of 7km purchase of custom-made cashmere blend fabric. Shortly thereafter, Eyal and I had secured the manufacturing of the blankets by a small, family-run sewing shop in Poland, which was only a three hour drive from the Bloom office in Berlin.

Sewing an origami-style blanket is not easy. Each is made out of 180 triangles and takes over five hours to sew. Most sewing services were not up for the challenge, so finding one within the EU was really difficult. Despite us being newcomers to the textile industry, we were assured of their professionalism because they worked with major UK fashion houses and the samples they provided were of exceptional quality. 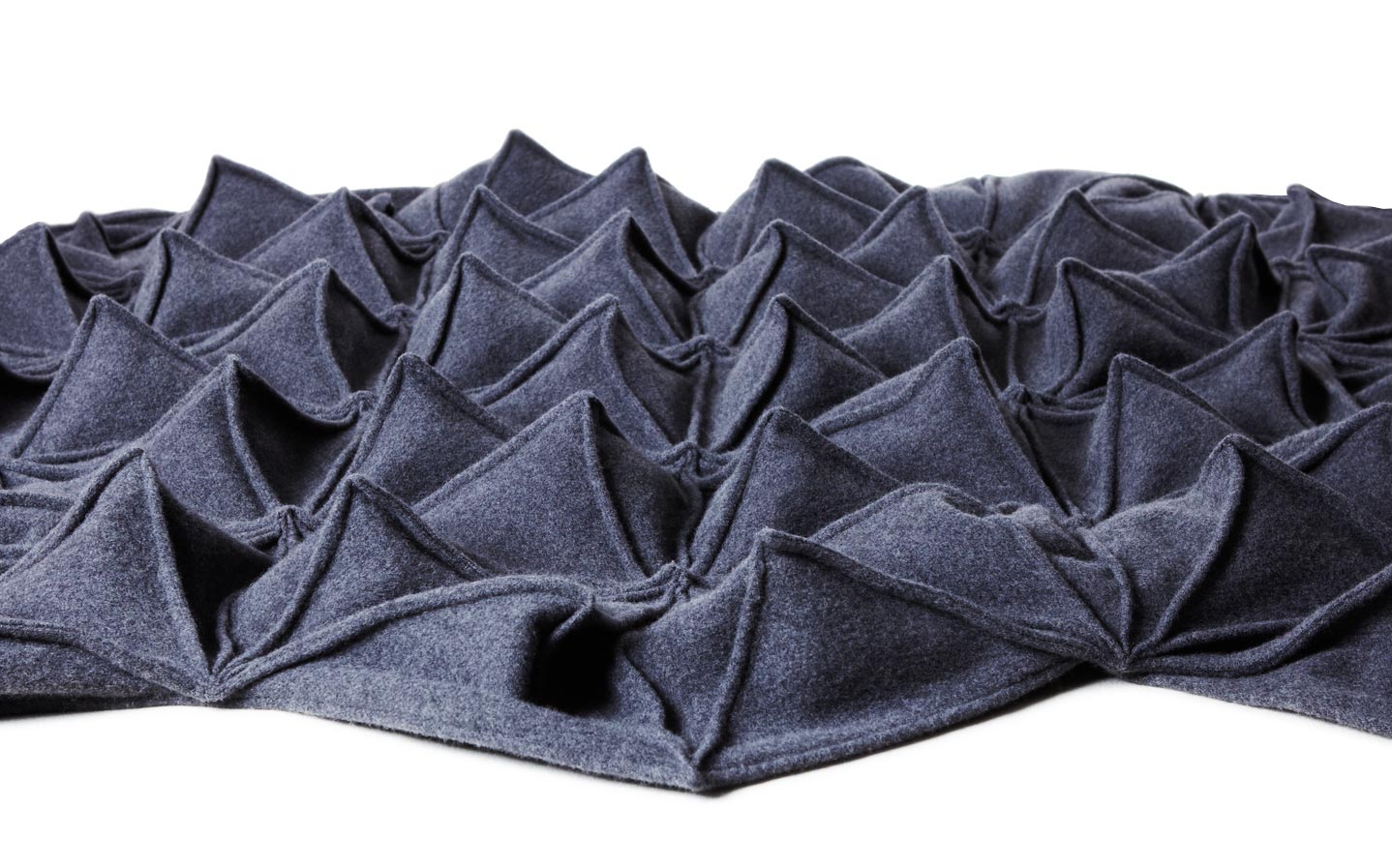 The Bloom Blanket in Charcoal 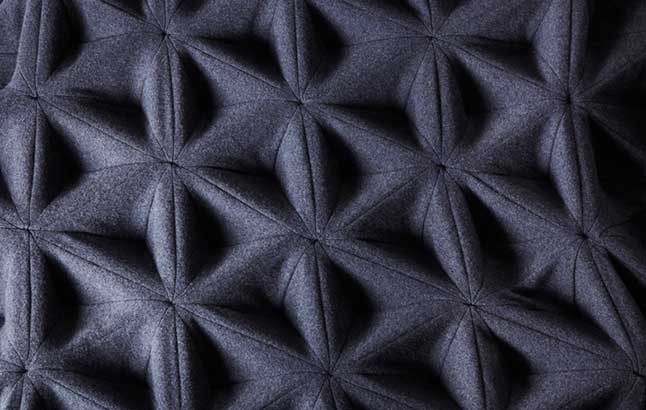 Underside Detail of the Bloom Blanket

I am often asked what the difference is between product managing a digital product versus a physical product. Designing product labels, care instructions, and packaging were all details that required a lot of love and attention to detail, but the major difference, and one which I had not experienced before, was dealing with logistics, payments, and insurance.

A 1000 units is a lot to a small business like Bloom, but really small fries to a logistics carrier. You need to go in fighting tooth and nail to get the best rates possible. If you are based in the US there is a lot of competition to provide shipping services, but when you are based in Germany and want to ship internationally, you basically have to go with DHL.

Being the honest bunch that we are, we were conservative with the number of units we planned to ship for the upcoming year. When the number of units we were shipped increased, there was no negotiating better rates with DHL. This was frustrating because we have friends in nearby startups who were getting far better rates to ship packages of the same dimensions and weight. With no other service to turn to and the Christmas deadline looming, we had to suck it up. In the end we used Amazon to ship to the States (roughly 70% of our backers were from the US) and DHL for everywhere else. Amazon was no dream to work with either. They managed to lose entire cases of Bloom Blankets within their own warehouse, which was and still is completely baffling.

As you can see, I am in no rush to embark on a career in logistics.

Getting 1000 units boxed and shipped to our international Kickstarter backers before the Christmas deadline was really tough. We had floor-to-ceiling pallets of blankets and a production line where we assembled the cardboard boxes, packed the blankets, labelled them, and checked them off against multiple spreadsheets. We fondly refer to this period as Hell Week (even though it lasted a lot longer than a week) because we went to bed each night and dreamt about packing blankets. We were truly exhausted. 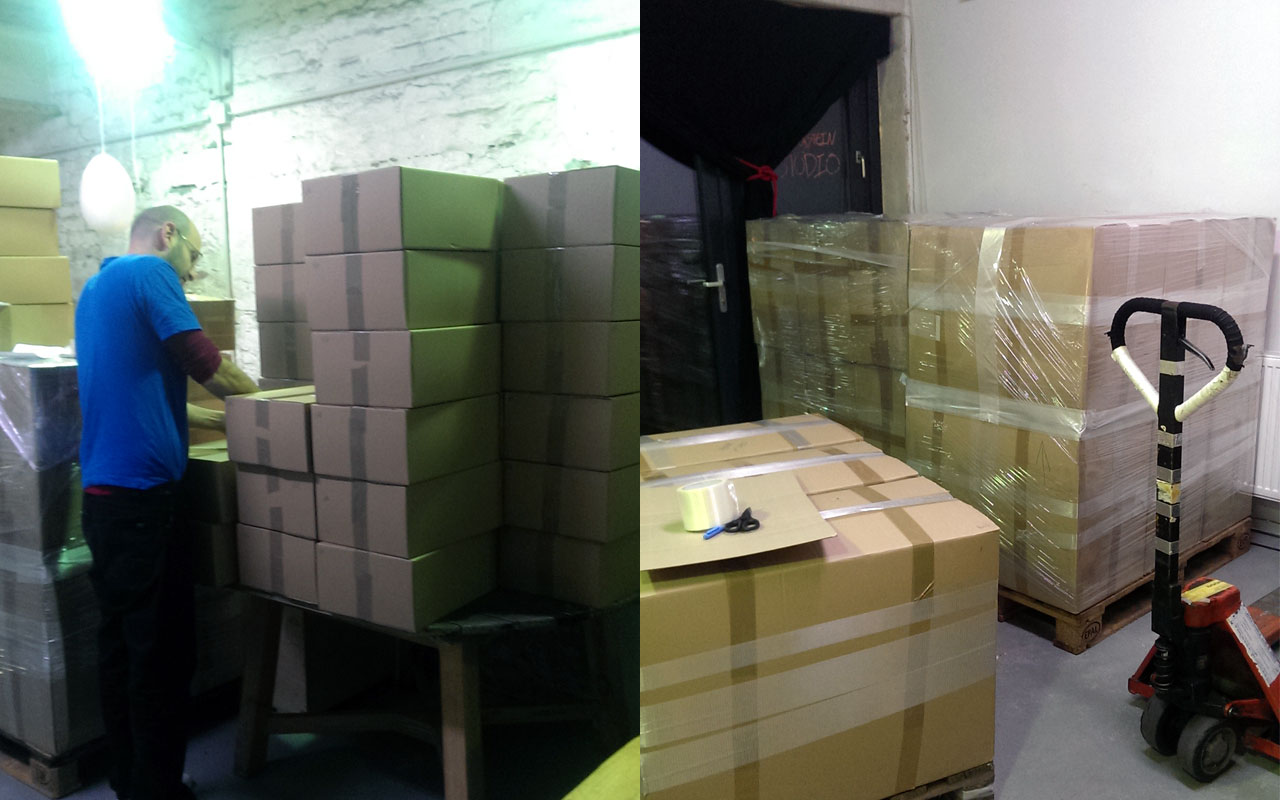 As a web native, I was in charge of getting the bloomblanket.com off the ground. We went for a hosted shop system because we needed to launch quickly and didn’t want the hassle of dealing with payment providers. We experimented with both Squarespace and Shopify. In the beginning, Squarespace was the better option due to pricing, but as we grew we wanted to add backend connectors (plugins) to Shipwire, Amazon, and accounting programmes, and Shopify is better equipped to handle these. Both options have fantastic templates, and both are user friendly. However, we did encounter issues with Stripe payments, which leaves you open to fraudulent purchases.

A Screenshot of the Bloom Blanket Product Page

The beauty of a Bloom Blanket lies in its shape, so it was important for us to capture its form with the most ravishing photography possible.

We opted to go for a fashion-style shoot because we:

We were very happy with our marketing assets. They set the tone of the brand, stood out next to competing products on partner websites, and demonstrated the unique form and texture of the product. 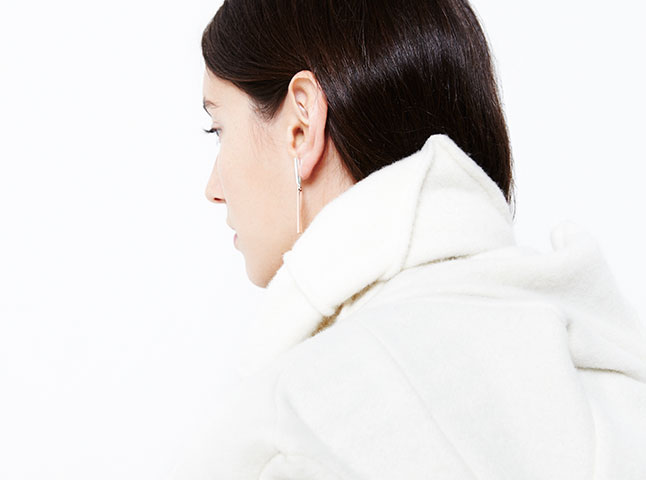 Model Shot with the Bloom Blanket in White

Nicole Kurder is an art director who has worked on a wide range of design and interiors publications, including Wunderkammern and I Am Dandy. Kamilla Richer is a stylist who found us our model, Lea Rösch, and all of the required bits and bobs required for the studio shoot. Together they shaped the identity of the shoot by walking us through mood boards and explaining different options. The photos were taken by Jennifer Endom who specialises in fashion photography.