At L’ArcoBaleno, a curated marketplace for historical and contemporary design, we used Agile and Scrum development methodologies to produce magazine-style content and to release unique objects onto the site.

As Production Manager, my responsibilities were to oversee the creation and publication of online content, in line with brand standards, as well as to schedule the daily release of objects into the marketplace. Alongside Sales and Marketing, the Production Team handled:

The site content needed to be long-lasting as we had the vision of being the online resource for contemporary and historically important design. 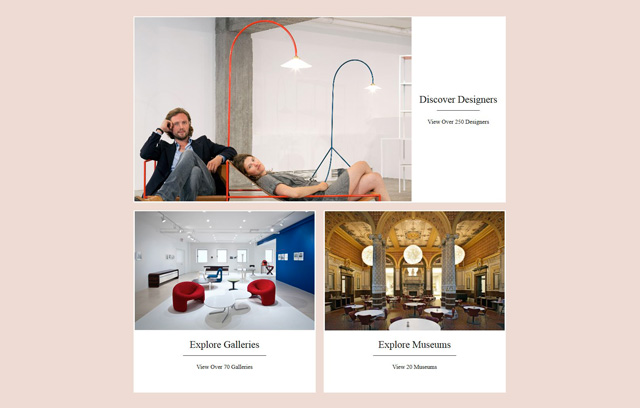 L’ArcoBaleno sourced objects internationally, with only a small percentage selected to be curated on the website. Many of the objects were unique and some were of museum quality. Naturally, these exclusive objects had large price tags that reflected their rarity and collectability.

Selling such unique pieces online is no easy task. Each object needed glossy photography, detailed descriptions, as well as being linked to a designer profile and/or gallery profile. All photography was edited to match the visual language of the site, and every text had to be written, edited, fact-checked, and then proofread.

It was important to control how objects and content were released on the site. As a curated platform we needed:

After stepping into the Production role from a Product Management background, I discovered that many of the same issues that Dev Teams face could also slow down content production.

To assign tasks it was obvious that we needed a ticketing system. The Dev Team were already using Jira (which is specifically for code-based projects), we had enough licences for the team, and I had used it previously at other companies. After some research I concluded that software used for content production was often pricey and not web-based. It was by no means ideal but we trailed Jira for content production and it worked well.

While ticketing was useful to manage who-was-working-on-what, we needed a daily routine to keep everyone in the loop. We were all motivated, and as  specialists left to our own devices, we would drift in different directions, too focused to notice the affect this had on other team members. We needed to ensure that we all pulled in the same direction.

Every morning after the Dev Team’s 15min standup meeting, we would run a similar meeting for the Production Team with each team member giving a short update about what they were working on and any problems that were slowing them down. Anyone in the company could join if they wished. The benefits of the standup were:

The standup meetings were a major ingredient of our social glue. They helped to bind the team together, promoted collaboration, and instigated group problem solving. It was the one time of the day where we weren’t heads down, focused our screens. 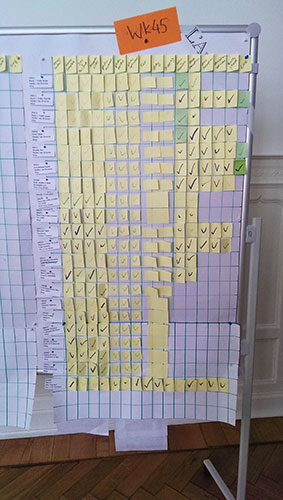 Physical production boards are tactile and bring gamification into the mix. Adding a ‘done’ ticket to a task became a satisfying office ritual.

We started with every possible production step, creating a lengthy checklist. Over time, we refined and reduced the steps as a team, streamlining the whole operation.

It was not uncommon for magazine articles to be shuffled around in the schedule. With a board we could visually see how other impacted content in the pipeline. When objects became stuck in the pipeline they were moved into a separate backlog.

It was not an overhead to synchronise the physical board with the digital one because everyone was responsible for their own tickets and eager to close them or assign them to the next person.

Additionally, the board made our KPIs and output transparent, and highlighted where resources were lacking and the bottlenecks that caused.